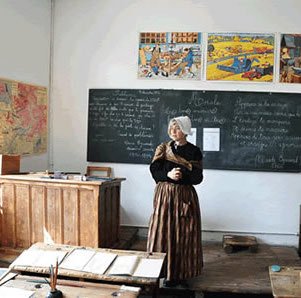 The smell of chalk in the air; the china inkwells with their purple ink which stains the fingers; the old-fashioned dip-pens with their blotting nibs; the vast wall-charts for geography and other things that have to be learnt – the older generations remember and the younger ones discover what it was like for their grandparents!

In the Museum of Schooldays, part of the former Brunissard primary school which dates from 1898, an old-fashioned classroom has been recreated, with its wooden furniture on which generations of schoolchildren have carved their names, its cast-iron stove whose warmth would send them to sleep in class, and its books and notebooks from a vanished educational era.

Close your eyes and imagine the schoolmistress on the podium, facing her pupils.​

In this village, where the education of boys and girls alike was taken seriously, you can see a piece of advice written on the blackboard in old-fashioned spelling: ‘If you are good, learn”.. “ . And there too on the board is that arithmetic problem which we could easily solve with algebra – but let’s not forget that algebra was not taught in school in the 19th century. 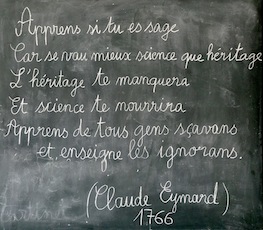 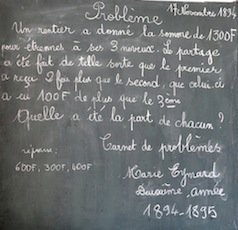 Close your eyes again and the children are there too... 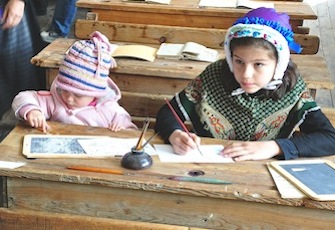 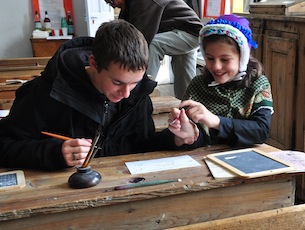 There are children of all ages in the same class, and if your neighbour is well-behaved, so are you, but if he is naughty... 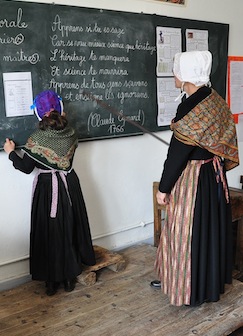 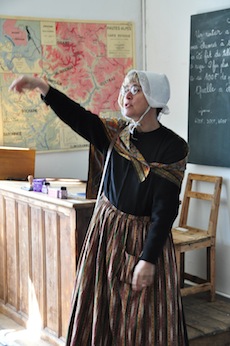 Punishment comes quickly : ‘You there! Come out to the front! Don’t let me catch you again!’ 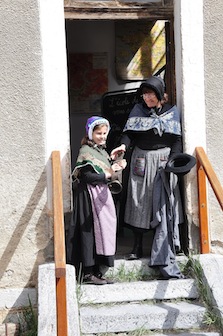 And now “School’s out!”, and you’ve survived another day!

Visits to the Schooldays Museum

The Museum of Schooldays was set up by the Quey’racines association, which is dedicated to the preservation of local culture in the Queyras. It is based in a building belonging to the Commune of Arvieux.

The museum is open

Traditional life and costume in the Queyras

You found the Schooldays Museum interesting and you want to know more about traditional life and costumes?

Go and visit the Musée du Soum (Local History Museum) in Saint-Véran or Maison du costume the Museum of Traditional Costume in Abriès. You won’t be disappointed. 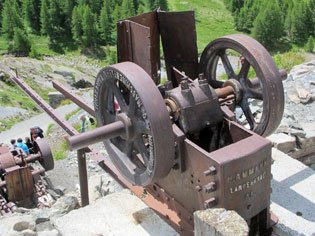 Also worth a visit in Saint-Véran and Ristolas 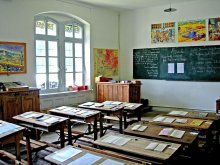