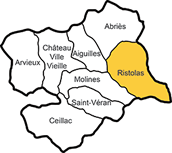 Ristolas in the Queyras Regional Park

Ristolas, at the head of the valley of the river Guil in the Hautes-Alpes, is the ideal place for holidays in the Queyras Regional Park (see the  Panorama du Queyras) 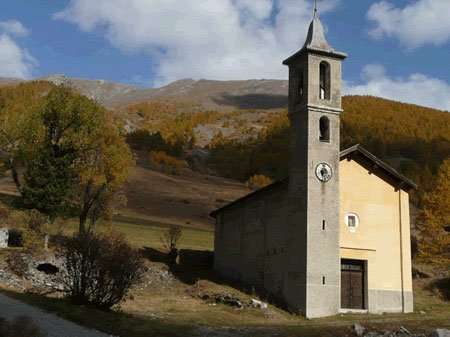 Hamlets in the Ristolas commune

In the past, the most regularly-inhabited hamlets around Ristolas were L’Echalp and La Monta, the starting-points of the paths to Italy over the Col Lacroix. Floods, plague, war, avalanches, bombing – the people of the hamlets put up with all of these unflinchingly down the centuries. But the time came when, in spite of everything, they had to admit that the mountain had beaten them. At La Monta only the church and the old customs-house bear witness to former times.

The Ristolas commune is high mountain country, at the foot of the majestic Monte Viso where the river Guil rises. And it’s sometimes said by the locals that Monte Viso must be in Italy by mistake. 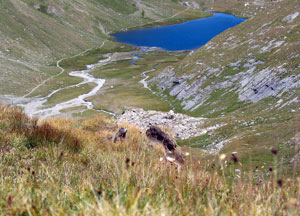 Ristolas, with its forests of stone pine (pin cembro) and its lakes Foréant and Egorgéou , reflecting nearby mountains such as the Crête de la Taillante. In the old days people used to come here to hunt mountain bear – an animal now visible only on the Ristolas coat of arms.

Ristolas in the Queyras Natural Park

The varied mountain fauna of the Queyras Regional Park can be found here in Ristolas. There is are chamois, mountain sheep and black grouse (tetras-lyre).

In damp weather you can also see Lanza's alpine salamander with its jet black skin. This lizard is unique to the mountain region on either side of the Italian border. 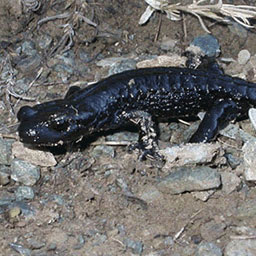 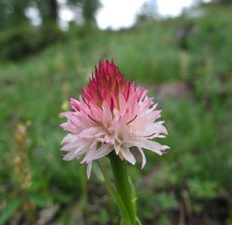 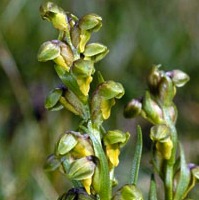 Higher up the mountainsides, one can see nigritellas, the little orchids of the pastures of the Southern Alps – they have a delicious vanilla scent. And if you look carefully, and are lucky, you might see the dwarf Alpine orchid hidden in the grass. 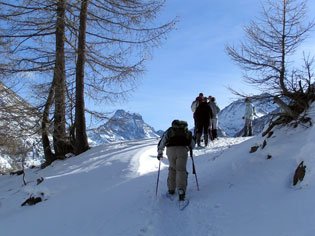 There are countless lovely walks around Ristolas, winter and summer. From the Chalet de la Médille you can admire Monte Viso , after a trek on snow-shoes with a local guide.

In summer you can go up to the Col de la Traversette with its historic high-altitude tunnel, visit the Lacs de Ségure or climb the Pic Foréant, with its summit at over 3,000 metres. You’re spoilt for choice.

If skiing is your sport, you can discover the spell-binding  Nordic skiing rails, for example, from Abriès to L'Echalp along the banks of the river Guil. A few miles further on, at Abriès itself, there is downhill skiing.

See the map of the ski areas in the valley of the upper Guil (Château Ville Vieille, Aiguilles, Abriès and Ristolas)