Fort Queyras: a medieval fortress remodelled by the Vauban

A fortified camp which became a castle 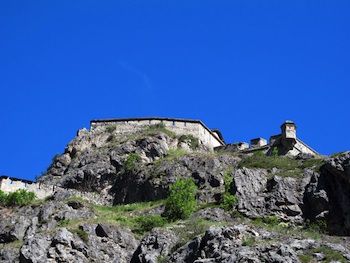 It is likely that Fort Queyras, above the glacial breach at Château Queyras, has been inhabited since antiquity by a fortified camp which controlled the valley of the Guil. This made it possible to monitor movements from upstream, that is to say from Abriès and Ristolas. However the existence of this camp has only been known for certain since the Middle Ages. At that time there was a feudal fortress called, in 13th-century documents, a ‘castratum quadratum’ or square castle, which apparently controlled the Queyras région. 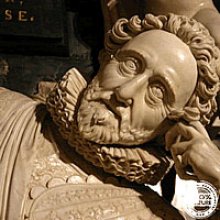 In the 16th century, Fort Queyras was the scene of fighting between Catholics and Protestants. In 1587 it was captured by Lesdiguières, the leader of the Huguenots (i.e. Protestants) in the Dauphiné. By 1613 Lesdiguières was Marshal of France and Lieutenant-General of the region. He ordered an inquiry into the condition of the castle at Fort Queyras, which, according to the Seigneur de l’Argentière, was uninhabitable owing to “the injuries of Time and the violence of the Winds”. “The Walles thereof being much weakened,”, he went on, “I fear the King’s Service will be prejudic’d, if no Remedie be found”. The list of everything that was “broken down, peerc’d, rotted and ruin’d and in need of repair” was very long. 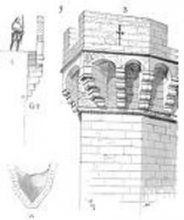 Catinat to the rescue of Fort Queyras

In 1692 the Duke of Savoy invaded the Dauphiné and attacked Fort Queyras. The castle garrison of 50 men was besieged by a force of 800, but managed a breakout in which 60 of the enemy, including six officers were killed, and many more were injured. Then General Catinat, entering the Queyras via the Col (pass) dePéas, put the rest of the besieging force to flight, driving them out through Molines-en-Queyras and Ceillac. Catinat had a large force of several thousand men who were put to work immediately on strengthening the fortress.

Machicolation is the term given to the square-sided openings high on the defensive walls of forts, which enabled defenders to rain down stones, stakes and burning matter onto besieging soldiers. 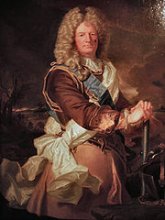 It was Vauban, however, who took on the task of seriously rebuilding Fort Queyras. Anxious to build his “ring of iron” fortifications which would protect France for a century, he came to the Hautes-Alpes to inspect the condition of Embrun and Fort Queyras. Of the latter he observed that it “would scarcely stand up to musket fire”. Vauban ordered a range of improvements, notably the construction of an outer ring of fortifications equipped with watch-turrets and machicolations, and the half-moon bastion which protects the entrance to the castle.

Since that time Fort Queyras has never been seriously threatened. Its military equipment was removed 1940-44. The fortress then remained in the hands of the French Army until the end of the 1960’s. 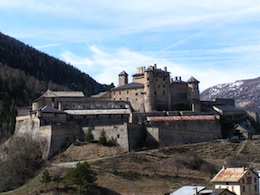 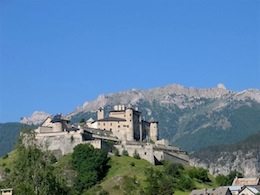 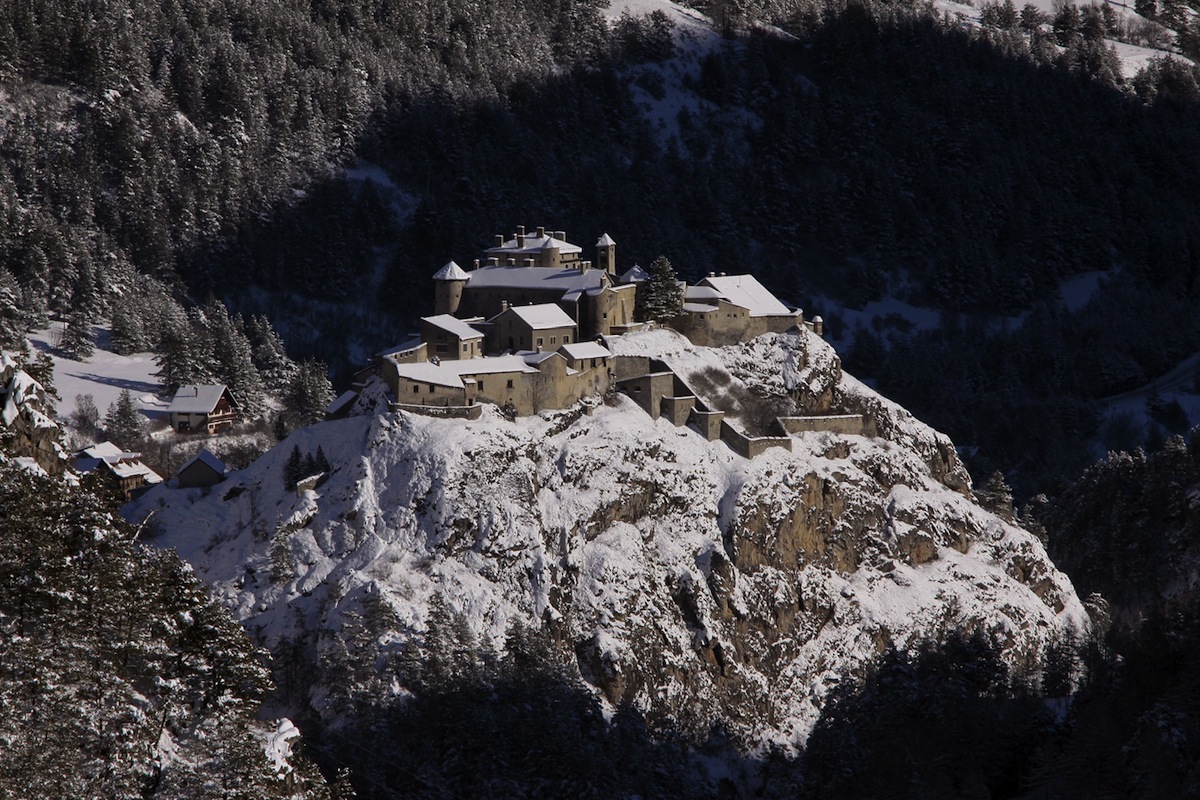