Cycling –racing, mountain-biking, and electric biking in the Queyras

Don’t miss the arrival of the Tour de France on Thursday 20 July 2017! The 18th stage of the race will pass through Arvieux and finish at the Col d’Izoard.

You can cycle over Col Agnel or  Col d'Izoard along the river Guil. The Queyras offers thousands of possibilities to cycle, mountain-bike, or even take an electric bike. 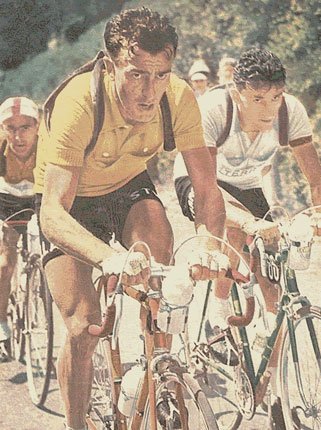 The Col d'Izoard (2,360m) has been tackled 32 times by the Tour de France since the race was created.

Famous cyclists who’ve been first at the summit include

It’s said that the conqueror of the Col d’Izoard always wins the Tour de France. Is it a myth or is it true? 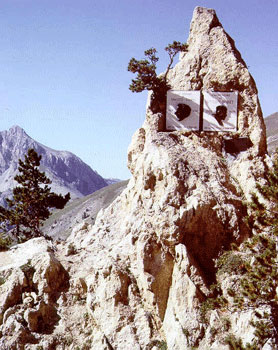 The idea of cycling in the Queyras emmediately conjures up the Col d'Izoard, between Arvieux on the Queyras side and Briançon on the Hautes-Alpes side. This col has seen many famous cycle races, for example the Tour de France, the Giro d'Italia, the Critérium du Dauphiné Libéré, the Serre-Che Luc Alphand and many more.

On the Briançon side, still in the Hautes-Alpes, the gradient averages 5.7% for 20 kilometres with a rise of 1,185m; the last 10 kilometres through the woods, with a gradient of 8%, are very demanding.

On the Arvieux, side the average gradient up from Guillestre (Hautes-Alpes) is less steep: 4.5% for 32 kilometres with a rise of 1,440m. But it’s at Kilometre 17, leaving the Combe du Guil, that things get serious: 7km at an average gradient of 7.5% then 5km at an average of 9%; the last 2km of these are at 11%. You cycle through the rocky landscape of the Casse-Déserte, and pass the plaques in memory of Fausto Coppi and Louison Bobet, before arriving at the Col.

Of course you can stop there - cycling up to Col d'Izoard is a noteworthy achievement – but best of all is to complete the loop by going down the other side and following the right bank of the river Durance between Briançon and Guillestre in the Hautes-Alpes. 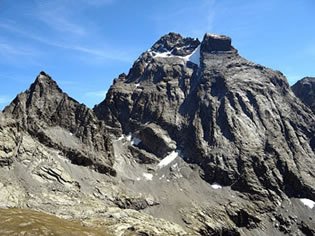 If you come to the Queyras it will take you a few days to get used to the altitude and get your leg muscles in shape. You can also test yourself by trying col Agnel (2,746m) which borders Italy. This is the second highest road route in the French Alps, the first being Col d’Iseran (2,770m) in Savoie, which is also the third-highest in the entire Alpine chain after Col Stelvio (2,758m) between Alto Adige in Italy and Valteline in Switzerland.

The climb from Château-Ville-Vieille, (1,300m) via Molines-en-Queyras is at 6.5% for 21km. The Tour de France passed this way for the first time in 2008. The view from the summit takes in the Ecrins mountain range, Mont Pelvoux and the Meije glacier, and closer at hand is the Pain de Sucre where you might spot some ibex. On the other side you can see majestic  Mont Viso, at 3,841m the highest mountain in the southern Alps

A detour via Saint-Véran

If you’re passing through Molines, whether going up or down hill, a detour via Saint-Véran is a must. It’s so close. At an altitude of 2,040m Saint-Véran is the highest commune in France – the village, it is said, where roosters peck at the stars.

Coming from the Guillestre or the Queyras direction, you can turn off at the Maison du Roy (1,057m) along the valley of the Cristillan to reach Ceillac. The winding road climbs for 8.2km alongside the roaring torrent in its ravine. With a rise of 582m and gradients of 8% to 13%, this is a place where the fit amateur cyclist can stretch his or her legs.

Of course you can’t take on the summits every day; you have to alternate with cycling on the flat (or nearly-flat). The 20km ride from Château-Ville-Vieille (1,300 m) to Ristolas (1,600 m), , through r Aiguilles-en Queyras and Abriès, on piste or tarmac), will give you a half-day off and still keep you fit. In the process you can discover the historic villages of the Queyras, each with its distinctive character. 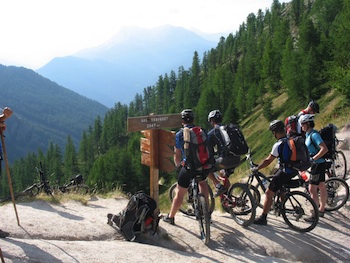 For sure, your ordinary two-wheeler is fine for anywhere on the roads, but you should try mountain or off-road biking too. Here there are plenty of trails, beginning with the Tour du Queyras which can be completed in five blissful days. And then there are the tracks leading to cols, lakes, and upland pastures with their chalets like Clapeyto or Furfande.

This is a new way to discover the mountains, silent and pollution-free. You can follow the Tour de France riders over Col d’Izoard or Col Agnel, or take to the mountain-bike trails which seem to be reserved for the fit and young (or even better, the fit young).

If you love mountains but you’re no longer twenty, and these exploits seem beyond you, why not try an electrically-assisted bike or simply an electric bike? Cycling can then take on another aspect altogether. The different gears allow you to choose your own speed and the amount of effort you put in, whether on the road or off-road with the electric version of the mountain bike.