Not to be missed : Thursday 20th July 2017, the finish of the 18th stage of the Tour de France at the Col d’Izoard after the climb up from Arvieux. 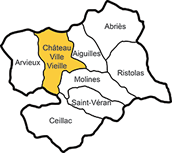 Holidays in the Queyras, the jewel in the crown of the Hautes-Alpes

Château-Ville-Vieille, a commune of the Queyras in the Hautes-Alpes, with its citadel of Fort Queyras, its via ferrata, its Nordic ski-trails and its geology museum. 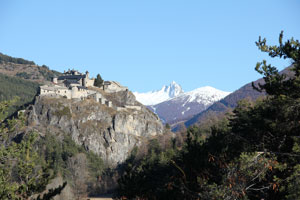 As you follow the turbulent river Guil upstream, you cannot fail to notice ; Fort Queyras, a medieval citadel remodelled by Vauban (see the Panorama du Queyras). Winter or summer, the sight is stunning.

La via ferrata at Fort Queyras 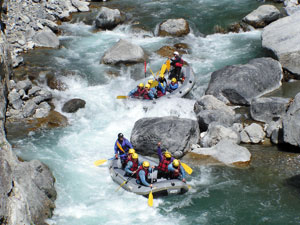 For adventurous types, a via ferrata has been set into the rock-face of Fort Queyras, where climbers can look down at the kayakers and canoeists on the river far below them.

The cabinet with eight locks 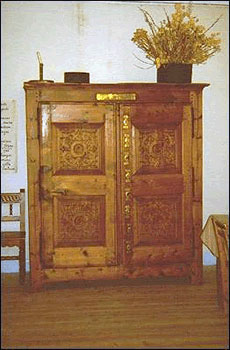 In the former Mairie in Château-Ville-Vieille there is a cabinet with eight locks, the symbol of the “République des Escartons”. The cabinet contained the archives of the seven Queyras communes (then known as “Escartons”). At that time Ceillac was not part of the Queyras and so there were only seven communes. Each commune held a key, and the eighth key was in the hands of the secretary-general.

In winter you can see magnificent mountain landscapes while doing alpine skiing at Abriès or Molines en Queyras, or doing nordic skiing in the Guil valley, from Château-Ville-Vieille to Ristolas or in the next valley of Les Aigues from Molines to Saint-Véran.

The geology museum at Château-Queyras

If you look at the glacial breach at Fort Queyras, with its two notches – one letting the river Guil through and the other carrying the road, then at the “demoiselle coiffée” in the Aigues valley, or the ravine of the Ruine Blanche at Montbardon, you realise how much the Queyras owes to its particular géologie. The geology museum at the foot of Fort Queyras explains the formation of this remarkable Guil basin and lets you see, touch and even smell the rocks that make it up.

The ravine of Ruine Blanche 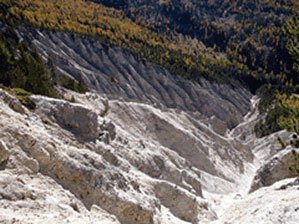 This is a geological curiosity of the Hautes-Alpes.

Above Montbardon, on the path up to the Col Fromage, you can see this rarest of landscapes: a ravine of dazzling white alabaster.

The ‘Alpine ocean’ was a warm shallow sea, with lagoons in which gypsum was deposited. When the Alps were formed this deposit was lifted up to higher levels. The Ravine of the Ruine Blanche is the result of the breakup of this seam of rock..

Near Château-Ville-Vieille you will also see the beautiful hamlet of Souliers, sunny Meyriès, where the snow melts quickly, and Monbardon, famous for its cheeses. It’s here that you will be warmly received by the people of the Queyras mountains; they will welcome you into their chalets and make your holidays unforgettable. 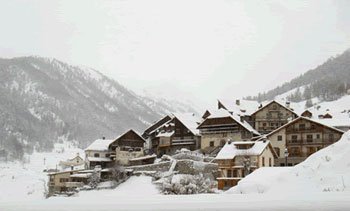 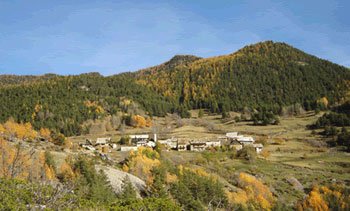 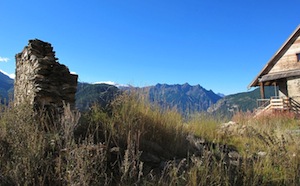 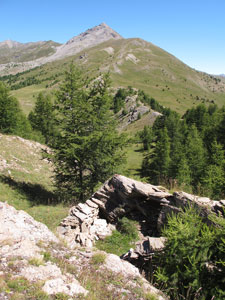 There are numerous walks around Château-Ville-Vieille, for example up to Lac de Roue (1,854m) or Col de la Crèche (2,284m), both ideal for picnics with children. From Montbardon you can also walk up to Col Fromage (2,301m) via the Ravine of the Ruine Blanche, or from Château Queyras you can climb up to the top of Sommet Bucher. You’re spoiled for choice. 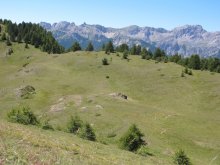