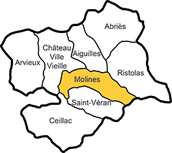 Mountain holidays in the Hautes Alpes

Molines, a mountain resort in the Queyras (Hautes Alpes). It’s famous for its “transitons” (ancient records of paths) as well as for the Chapel of St Simon near the top of Sommet Bucher. 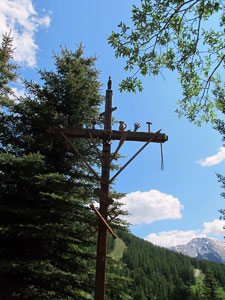 The origin of its name

The name of Molines refers to all the mills which were once scattered along the banks of the Aigues Blanche and the Agnelle. However, some people say that its name refers to the soft earth of its fields, but not everybody agrees with that.. 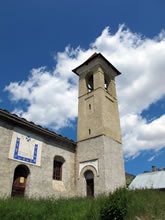 A mountain resort made up of seven villages

During your holidays in the mountains you will discover Molines-en-Queyras, a village resort situated near St Veran (see the panorama du Queyras) and sharing the same skiing area of La Chaine de Beauregard (see the panorama of alpine ski pistes). The commune consists of seven hamlets: Molines, La Rua, Gaudissart, Clot la Chalp, Pierre-Grosse (1,926 metres), Le Coin and Fontgillarde (1,990 metres). An eighth, Costeroux, up in the mountains at 2100 metres, was abandoned 150 years ago.

The Church of St. Romain

The Church of St Romain has an unusual steeple, and a wonderful altarpiece, carved in wood with gilded mouldings. There are several paintings of Christ on the cross. 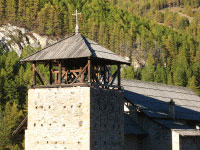 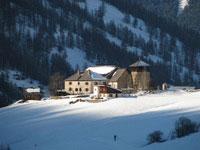 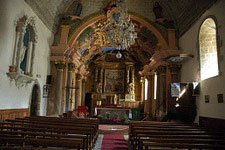 At the end of the 15th century, certain families in Molines wrote the first “transitons”- records where they described the state of mountain paths which they undertook to maintain. They then started writing down the names of officers elected by the village leaders, and, gradually, the most significant village events. Since the “transitons” were kept up until the end of the 19th century, there is a mass of information on the how the village was organised, on disasters, epidemics, fires, avalanches and floods. There is an account of the destruction of the Protestant churches (temples protestants) in the 17th century, and the arrival of the army, after which people converted to Roman Catholicism.

The Chapel of St. Simon 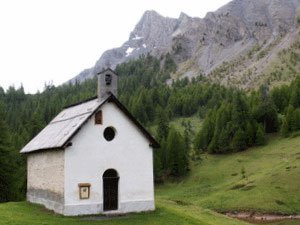 Near to Molines-en-Queyras there is the Chapel of St. Simon which was built in the mountains in the 16th century. After its destruction by the Protestants during the wars of religion, it was rebuilt about 1680, and then swept away by an avalanche and rebuilt a second time in 1864.

The chapel is near Sommet Bucher, at an altitude of 2,200 metres in the Queyras Regional Park. It is named for a hermit, Simon, who lived there. 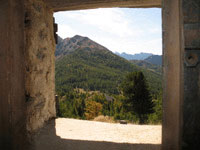 This is a magnificent hike with a 360 degree view over the surrounding mountains, and Mont Viso. 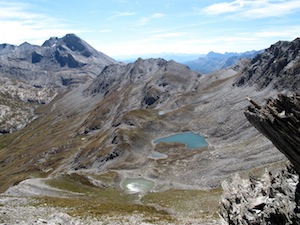 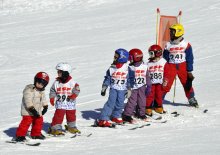